The Fourth Amendment to the U.S. Constitution safeguards a citizen from illegal search and seizure. People have the right to be secure in their persons, houses, papers, and effects, against unreasonable searches and seizures (Brandl, 2018; Ferdico et al., 2016; Fradella & White, 2016). There is a specific protocol that must be followed, by law enforcement officers, when interacting with the public. A voluntary field interview is when an officer briefly stops and talks to a citizen. It might be a greeting or asking if they have seen a specific person in the area. The detention of a citizen requires a different standard, and this is where the notion of reasonable suspicion is introduced.

The Reasonable Suspicion Standard gives officers the authority to stop a person. According to Ferdico et al., (2016), “A law enforcement officer may stop and briefly detain a person for investigative purposes, if the officer has a reasonable suspicion supported by articulable facts that criminal activity may be afoot, even if the officer lacks probable cause” (p. 317). Reasonable suspicion is less than probable cause, which is required for an arrest and /or search warrant. A law enforcement officer has limited authority to frisk and may not frisk everyone they stop to investigate possible criminal activity (Brandl, 2018; Ferdico et al., 2016; Fradella & White, 2016).   The key factor is that the officer feels the person being frisked is armed and considered dangerous. It is not a normal practice to stop-and-frisk randomly; there are specific parameters and procedures that must be followed.

Ferdico et al. (2016) states, “A law enforcement officer’s powers to detain and question suspicious persons, dates back to the Common Law of England, where constables had the power to detain suspicious persons overnight to investigate their suspicious activities” (p. 308). While keeping the safeguards of the Constitution in mind, the officer must have reasonable suspicion, supported by articulated facts, before detaining someone about their suspicious activity. Terry v. Ohio (1968) is the U.S. Supreme Court’s precedential case establishing a “Terry Stop” (Brandl, 2018; Ferdico et al., 2016; Fradella & White, 2016; Harris, 2013). The standard of reasonable suspicion must apply and the concept of “stop and frisk” involves a limited investigative detention. These police/citizen encounters are limited to a pat-down of the outer clothing; therefore, ensuring the safety of the investigating officer(s). A more intrusive police/citizen encounter leads to notion of probable cause.

Probable cause is the next higher standard from reasonable suspicion. Probable cause is necessary to make an arrest, conduct a search, and/or obtain a search warrant (Brandl, 2018; Ferdico et al., 2016; Fradella & White, 2016).   Putting probable cause in action is one form of a proactive response to crime.

There are two different types of responses by the police: reactive and proactive. A reactive response occurs when a person becomes the victim of a crime, they call the police for assistance, and the police arrive to help resolve the issue. A proactive response is where police take the initiative to prevent a crime before it happens. Directed patrol and zero-tolerance policing are some good examples of proactive responses to criminal activity.

Directed patrol has specific parameters for patrolling high crime areas or targeted hot spots with the recent increase in criminal activity (Grant & Terry, 2008).   Depending on the police agency, directed patrol is also known as proactive patrol. If a particular sector of the city has an increase in motor vehicle thefts, the captain or commander might initiate a directed patrol unit to that “hot spot” and officers may enforce zero-tolerance actions for that area.

When zero-tolerance policies are in effect, police officers are required to stop anyone they see committing a crime and with little or no discretion make an arrest. This proactive response can be associated with POP or problem-oriented policing. Problem-Oriented Policing (POP) focuses on issues or problems differently based on each individual occurrence (Goldstein, 1990; Hoover, 1992; Lab, 2014; Rojek, 2003; Scott, 2000). One major police department that chose to use stop-and-frisk, as a proactive response to crime, was the New York City Police Department (NYPD).

NYPD implemented its order-maintenance strategy to target crime; more specifically, illegal gun possession. The main initiative involved the police practice of stop-question-and frisk (Fradella & White, 2016). Proponents of this zero-tolerance policy boasted about the reduction in overall crime rates, notably with the category of violent crime. This is illustrated in Table 1 (http://www.disastercenter.com/crime/nycrime.html).

Bias-based policing occurs when the police target a specific group of people because of their race, gender, or ethnicity, without have reasonable suspicion of criminal activity. Any police-initiated activity that relies on a person’s race or ethnic background as a basis for suspicion in involvement in criminal activity is called bias-based policing (Dempsey & Forst, 2016; Goel, Rao, & Shroff, 2016; Grant & Terry, 2008). The opponents to NYPD’s stop-question-and frisk policy said it violated two Constitutional protections: the Fourth and Fourteenth Amendments; thus, resulting in several court cases (Goel, Rao, & Shroff, 2016). In 2013, one major court ruling, against NYPD’s stop-question-and frisk policy, was Floyd v. City of New York (2013).            Floyd focused on the lack of any reasonable suspicion to a stop and depicts complainants of racial disparities; therefore, resulting in violations of the Fourth and Fourteenth Amendments (Goldstein, 2013). After officers stopped people, they often conducted frisks for weapons, or searched the subjects’ pockets for contraband, like drugs, without any legal grounds for doing so. (Goldstein, 2013). Floyd remains a landmark case against unconstitutional stop-and-frisk policies and reiterates the argument for bias-based policing and/or racial profiling incidents.

The day-to-day efforts of crime prevention manifest as one of the police department’s main job responsibilities, along with creating safer communities for its residents. Most advocates for the crime control model agree a proactive response is more effective for crime reductions than a reactive response. This approach sees improvements shifting from reacting to crime to becoming more proactive toward a systematic approach dealing with specific crimes in each community (Sidebottom & Tilley, 2010). One tactic used by police, as a proactive response to crime, is the routine practice of stop-and-frisk. Precedential court cases, like Terry v. Ohio, outline the parameters for stops when the police have reasonable suspicion, supported by articulable facts, and a crime is about to occur or has occurred. If this authority to stop is abused or misused, this creates conflict among the police and the citizens they serve.

Unfortunately, some misuse of stop-and-frisk policies have occurred and this resulted in several police/citizen confrontations; therefore, resulting in litigation procedures. The opponents of stop-and-frisk see this misuse as bias-based policing and advocate for more of a due process type model of policing. Due to recent confrontations involving police and some minority communities, there has been a call for criminal justice reform in the U.S. Some cities are creating community oversight boards, specifically for reviewing the actions of officer-involved shootings. These boards have investigative powers and participate in policy review; furthermore, creating a voice in policy updates and change, if need arises.

No matter which side each reader chooses to support, the police and citizens need to make a conscious effort to improve their relationship within each community. The main concept is that law enforcement agencies and its residents agree on what is best for their individual community. This collaboration between the police and community formed the foundation for current community policing practices. One successful crime prevention tactic with community policing is the establishment of neighborhood watches. Strong community support for the police and positive citizen involvement ensure safer communities. Safer communities produce a healthier environment for our families, and this is what most people want in their life. 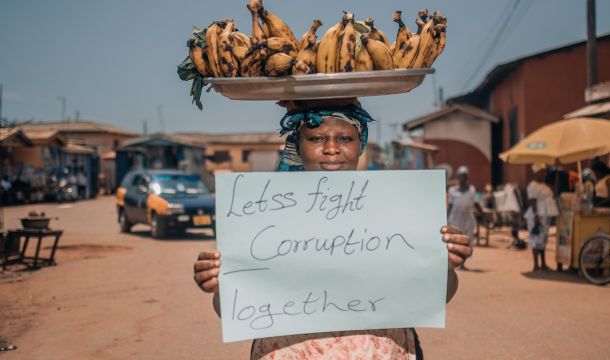 Curbing Corruption in Asia and Africa: The Effectiveness of Political Will and Anti-Corruption Agencies

12 May 2022 | Continued Evidence-Based Education
Jehad AlyahyaUniversity of New Haven  Corruption is considered a persistent and endemic problem. It has been perceiv...
Read more 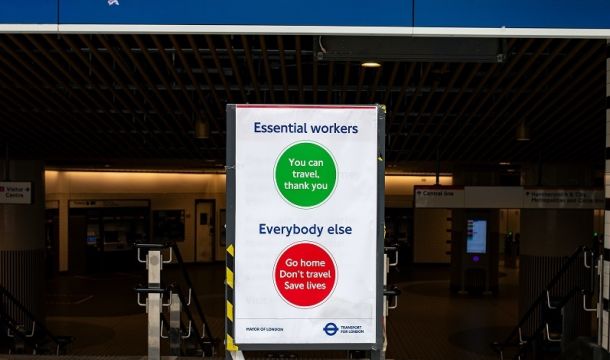 Mafia Manipulation: An Analysis of Organized Crime during COVID-19 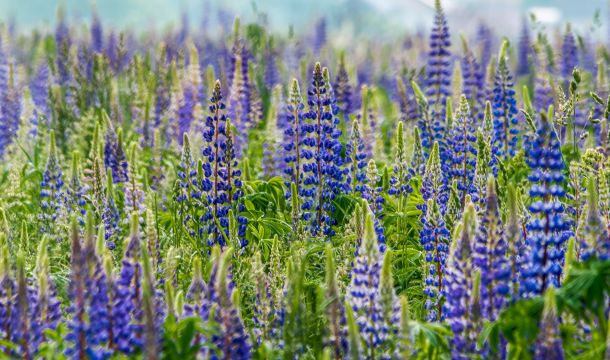 01 May 2022 | EBP Monthly
UPCOMING EVENTS TO HELP YOU "Take Momentum Back!"  Working with Employees Onsite & Remote or Both (& Suc...
Read more 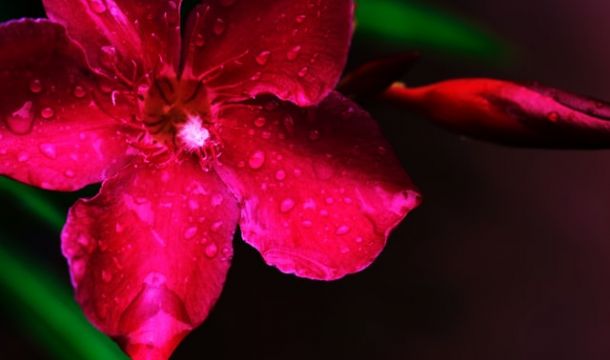 01 April 2022 | EBP Monthly
UPCOMING EVENTS TO HELP "Take Momentum Back!" >> Your feedback please regarding this EBP Monthly. Tell us yo...
Read more 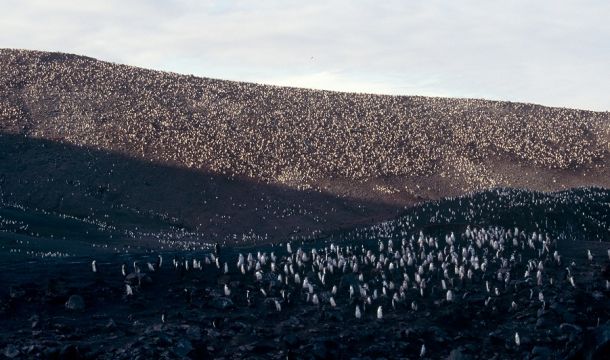 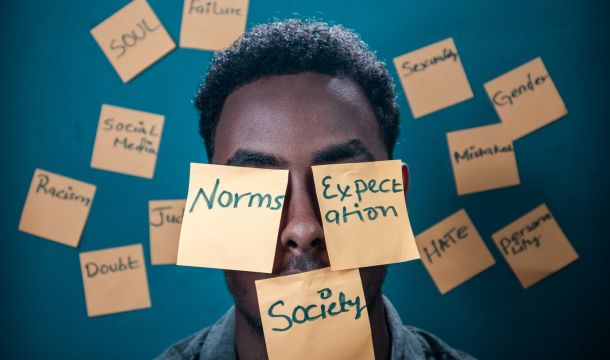 The Intersection between Wrongful Convictions and Prisoner Reentry: A Look at the Challenges Faced by Exonerees Post-Incarceration