Over the years, the impact of parental incarceration on families has been a widely explored research topic within the field of criminal justice. In examining parental incarceration, researchers often analyze how children react cognitively to a parent’s imprisonment. In the United States, 1.5 million children have a parent currently serving time in prison (Hairston, 2012). Until recently, most family research studies focused on paternal impacts on child development (Wildeman, 2009). This is unsurprising, given that women currently occupy approximately 8-10% of prison populations within the United States (Arditti, 2015). However, since 1980, the number of female prisoners has increased by 646% (Harrison & Beck, 2006). In most of these cases, the female prisoners are mothers (Harrison & Beck, 2006). This has presented a new challenge within the study of family dynamics and criminology.

Given the rising levels of incarceration within the United States, research is now exploring how maternal incarceration may influence children in both childhood behavior and long-term success. While there are many variables to consider, Wildeman & Turney (2015) advance that a child’s upbringing is a predicator for how they will behave following maternal imprisonment. Children are astute and can commonly detect their mother’s propensities for crime. In these cases, children with problematic mothers are more cognitively prepared for maternal incarceration. 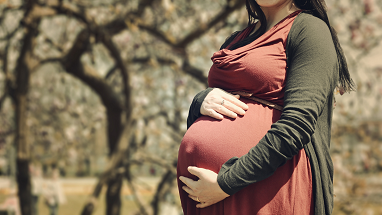 When exploring maternal incarceration on child wellbeing, quantitative and qualitative research studies have generated conflicting conclusions. While some studies have observed detrimental outcomes among children (Hagan & Foster, 2012), others have found inconsequential results for certain children (Wildeman & Turney, 2015). Many researchers have asserted that the effects of parental incarceration are not identical across all youth populations. Rather, children can display varying behavior when one or both of their parents are jailed. For maternal incarceration specifically, Turney & Wildeman (2015) advance that future outcomes for children can be predicted based on the mother’s propensity for criminal behavior. Turney & Wildeman (2015) hypothesize that certain children develop lower expectations for their mothers and are less surprised when their mother is incarcerated for criminal behavior. Alternatively, when a mother is unexpectedly incarcerated, the effects on their child’s behavior will likely be detrimental. These children likely have experienced positive interactions with their mothers and encounter greater challenges in the absence of their mother.

Research has produced varying conclusions on child well-being following maternal imprisonment. In prior research involving domestic violence, some children have benefited from a mother’s imprisonment (Wheaton, 1990). However, the participants in this study reported null and negative reactions to an imprisoned mother (Turney & Wildeman, 2015). While positive outcomes were not observed, Turney & Wildeman (2015) further advance a connection between child wellbeing and maternal incarceration. Mothers with a propensity for crime generally earn lower regards from their children. As such, when these mothers are sent to prison, these children have generally expected that outcome and their behavior is unchanged. Commonly, these children belong to disadvantaged neighborhoods and have developed greater resilience through hardship (Wildeman, 2009; Arditti, 2015). It is plausible that these children reach a point where negative experiences no longer diminish their wellbeing (Turney & Wildeman, 2015).

Alternatively, when a mother is incarcerated unexpectedly, it can produce distinct detriments on their children. These children are usually less exposed to domestic hardship and poorly cope to their new circumstances. In the absence of a mother, a child’s reaction can differ in severity. Turney & Wildeman (2015) determined that the severity by which they react is based on three prominent factors: the mother being placed in a jail or a prison, incarceration for a crime that did little to no harm on the children, and inadequate family support following the incarceration. When a child experiences all three of these factors, the reaction is most severe and they endure the greatest upheaval (Turney & Wildeman, 2015). Overall, this further substantiates the claim that child wellbeing and maternal incarceration is an important research topic that requires additional attention.

From a policy standpoint, maternal incarceration on child wellbeing has a pronounced role in the study of criminology. Since women are incarcerated at significantly lower rates than men, many policies and practices center on incarcerated fathers or broad family dynamics (Giordano & Copp, 2015). However, current studies prove maternal incarceration has a distinct role in criminal justice policy. Although Turney & Wildeman (2015) argue that maternal incarceration can prove inconsequential for some children, policymakers are hesitant to adopt this finding in practice (Arditti, 2015; Giordano & Copp, 2015). From a policy standpoint, all children with a mother in prison are at risk for deleterious outcomes (Arditti, 2015). As such, policies should be developed to support these children and help them overcome adversity (Arditti, 2015; Giordano & Copp, 2015). Giordano & Copp (2015) argue that policies should be reactive rather than preventative. In their view, identifying at-risk mothers and developing resources to deter future criminal behavior would be an ineffective use of resources. Rather, policies and practices should focus on children after they experience maternal incarceration and help them cope with the absence of their mother.

Families living in poor social and economic neighborhoods usually have the highest rates of maternal imprisonment (Turney & Wildeman, 2015). By identifying these communities, policies and programs can be created to aid children with incarcerated mothers and help them developmentally. Since adolescence and early adulthood are important transition points in cognitive development, community resources that support older children in particular can prove quite effective in promoting positive lifestyle outcomes. Arditti (2015) echoes this sentiment in arguments related to resilience and disadvantaged families. When a family dynamic is altered by incarceration, children are left vulnerable. By promoting resilience among these youths, they may become more resourceful, and eventually it may help them persevere through adversity (Arditti, 2015). Developing policies that help children cope and adapt to their new familial situation can prove useful in preventing delinquency and deleterious outcomes (Johnson & Easterling, 2014).