Reentry Courts: A Critique of Implementation and Theoretical Design 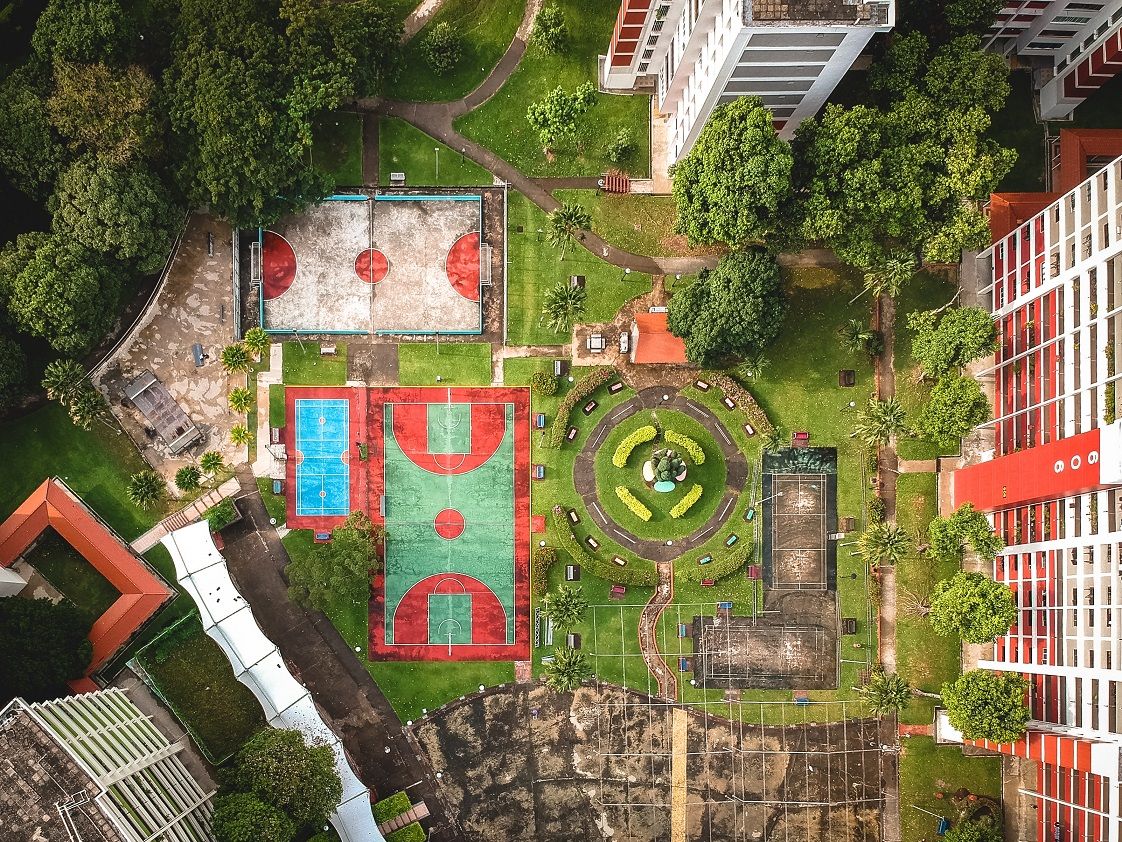 The United States’ criminal justice system is in the process of rebounding from punitive policies, known as the “get tough movement,” which led to unprecedented growth in prison populations and associated fiscal costs. As of 2015, 2.2 million people were housed in US prisons and jails (The Sentencing Project, 2015). With the average inmate costing approximately $31,000 per year, states are looking to relieve themselves of these excessive costs and are attempting to find cost-effective alternatives to incarceration (Vera Institute of Justice, 2012).

One such approach garnering much attention by researchers and practitioners alike is the utilization of reentry courts for inmates returning to the community after incarceration. Reentry courts began in 1999, through funding by the US Department of Justice and were modeled after drug courts. Their purpose is to reduce recidivism and technical violations by providing oversight and assistance to inmates as they transition into the community (Ndrecka et al., 2017). If implemented correctly, reentry courts can work with clients and mitigate their risk of recidivism during a time when they are at the highest risk of reoffending. This, in turn, could decrease recidivism rates and overall prison populations.

While reentry courts differ throughout the country, there are two main theories reentry courts have used to ground their practice, which will be discussed in this paper. The first, deterrence theory, attempts to produce compliance to probation and parole stipulations by applying punishment. Deterrence is seen in two forms, general and specific. In the case of prisoner reentry, specific deterrence would be punishing an offender to deter future crime and violations. On the other hand, general deterrence refers to citizens views on punishment, believing that individuals will not commit crimes due to fear of being punished.  Theoretically, deterrence works best when punishments are applied swiftly, with certainty, and at an appropriate level of severity (Chircos & Walden, 1970; Nagin, 2013).

The empirical support for deterrence theory has changed dramatically over the past 20 years.  During this time, as a field, the focus of deterrence research has shifted from determining how the threat of sanctions impacts levels of deterrence and how programs should attempt to increase conventional ties (Nagin, 1998), to certainty of apprehension being the main factor in deterrence that prevents future criminal activity (Nagin, 2013).

These changes in research findings have greatly shifted the aim of deterrence based programmatic interventions.  Early findings, such as Ehrlich’s (1975) study that found capital punishments (a severe penalty) to increase deterrence, spurred a “get tough on crime” movement that lasted through the 1990’s. This resulted in harsh policies, such as lengthy prison sentences, increased use of the death penalty, and harsher community correction stipulations. However, with more recent research limiting the effectiveness of deterrence to certainty of apprehension, targeted deterrence-based programs, such as “hot-spot” policing, have shown success in reducing crime through increasing police presence in high-risk areas (Nagin, 2013).

The findings that certainty of apprehension can deter future criminality have now been applied to reentry courts. Encouraged by the initial findings of Project H.O.P.E. (Hawaii Opportunity Probation with Enforcement), where after applying “swift and sure” punishments to parolees who use illicit drugs, researchers found a reduction in probation violations, decreases in the amount of positive drug screenings, decreasing arrests for those in the program, and lowered likelihood of future imprisonment (Nagin, 2016). With these impressive initial findings, 16 states and 40 jurisdictions have created deterrence-based reentry courts (Hamilton et al., 2016).

The second theory commonly cited in the implementation of reentry courts is the Risk-Need-Responsivity (RNR) model. In the RNR model, inmates are assessed for risk factors, such as a poor employment history or past substance abuse. These risk factors inform what needs must be focused on to ensure success in the community. Once needs are determined, responsivity dictates that treatment should be targeted and individualistic (Andrews et al., 2011). The RNR framework states that higher risk individuals should be targeted with treatment that addresses specific criminogenic needs (Ndrecka et al., 2017).

As opposed to deterrence theory, where substance use would garner a certain and severe punishment to deter future use, RNR holds that substance use is a criminogenic risk that needs to be addressed through a targeted response, such as substance abuse treatment. While implemented less often than deterrence-based reentry courts, failures in deterrence-based programs can be enhanced through applying the RNR frame work. Later in this essay, these two theoretical bases’ will be compared, and recommendations for future research will be provided.

In 2017, DeVall and colleagues studied Michigan’s Swift and Sure Sanctions Probation Program (SSSPP). The goals of SSSPP are to increase the level of probation compliance and decrease levels of drug and alcohol use through swift and known punishment outcomes for violating terms of probation. The program consists of an initial warning hearing, where program participants are explained the purpose of the program and told the consequences for failure to meet expectations. Regularly scheduled meetings with probation are set up, and if violations occur, a hearing will take place within 72 hours, ensuring swiftness. This practice contrasts with “probation as usual” (PAU), which the authors note has received criticism for responding to violations slowly. During this hearing, possible sanctions, or assistance, such as mental health counseling, would be determined by a judge.

A quasi-experimental sample of 379 “medium high” and “high” risk offenders on probation was compared to offenders in jurisdictions without SSSPP implementation during the same period. The authors found that SSSPP participants showed statistically significant lower rates of recidivism than probation as usual participants (37.7% vs. 46.7%). Further, program participants showed lower rates of alcohol and drug use than the comparison group (DeVall et al., 2017).  The authors attribute the success of SSSPP to a blending of deterrence and RNR practices. Focusing on medium-high and high-risk offenders and offering services, in addition to quickly enforced sanctions, allows for the court to utilize RNR principals while increasing accountability.

However, not all programs have shown the success indicated by SSSPP. Morgan and colleagues (2016) examined the makeup of specialty court participants and how this related to program success. The authors hypothesized that specialty treatment court participants, including reentry, drug, and DWI courts, would have a different population than treatment as usual, due to referral bias. Further, the authors believed that reentry court participants would have significantly lower missed court appointments and failed urinalysis tests.

In their study, the authors identified 274 offenders who were scheduled to one of three specialty courts: reentry, drug, or DWI.  The authors found no evidence of referral bias, stating that there was no significant difference in ethnicity, socio-economic status, or type of attorney between specialty court referrals and non-court referrals. In terms of program outcomes, the authors found that court participants were more likely to miss scheduled court appointments and had a higher likelihood of failing urinalysis tests (Morgan et al., 2016).  These findings went against the original hypothesis of the authors and showed that the deterrence-based model did not increase program participation and abstinence from drugs and alcohol.

Findings that indicated limited support for deterrence-based reentry courts were also revealed in the analysis of the “Decide Your Time” (DYT) program in Delaware (O’Connell et al., 2016). In DYT, deterrence, graduated sanctions, and coerced abstinence are used to reduce recidivism rates among drug involved probationers. Participants are informed of what is required of them (no substance abuse) and what will happen if they fail to meet program requirements (increased sanctions and supervision).  However, if probationers do not fail a urinalysis test for three months, they are rewarded with lower levels of supervision.

O’Connell and colleagues (2016) implemented a randomized controlled trial (RCT) of 400 high or medium-high risk offenders and compared them to a control group of treatment as usual probationers. In line with deterrence theory and the initial results of Project H.O.P.E, the authors hypothesized that participants in the DYT program would have better outcomes (fewer arrests, decreased recidivism) and less drug use than those with standard probation. However, the findings indicated there was no significant difference in drug use or recidivism measures between the two groups. Rather, the authors found that age, employment status, and treatment participation were significantly associated with lower numbers of future arrests.

When discussing the practical and policy implications of their findings, O’Connell and colleagues (2016) stated that future reentry court models need to consider offender attributes and include employment and treatment-based programs. This is similar to the findings of Michigan’s SSSPP program that attributed the program’s success to incorporating elements of risk reduction and support to judicial options for punishment (DeVall et al., 2017). According to Cullen and colleagues (2016), in their review of mixed findings in support of deterrence theory in Project HOPE, the authors stated that reentry programs strictly adhering to deterrence models are based on limited criminological theory, and they fail to incorporate best practices learned in the “what works” literature. Overall, the authors argue that incorporating elements of “what works” and RNR would improve many reentry court models that only utilize deterrence-based principles.

However, while considered a “best practice” in the field of prisoner reentry, it is rare that an RNR model is fully implemented (Ndrecka et al., 2017).  As a field, it is important that best practices are prioritized in programmatic design and evaluated to ensure fidelity. According to Miller and Khey (2016), in their evaluation of Louisiana’s 22nd Judicial Districts reentry court, “the reentry knowledge base rests on the general assertion that holistic services individualized according to needs and situations that are instigated prior to release, maintained during transition, and continued as aftercare are most likely to be successful” (p.576). Future research should focus on how RNR models can be implemented within reentry courts, thereby improving strict deterrence-based models by incorporating sanctions that target specific criminogenic risk factors and address the needs of the inmates. Further, process evaluations that focus on implementation and fidelity to best practices may be able to delineate between programs that show early success and programs that can be generalized and replicated.

Overall, the US criminal justice system needs to cut costs and reduce the burden placed on state budgets. Reentry courts and other programs that attempt to reduce prison populations, while still holding offenders accountable, are going to be popular. However, if these programs are going to work they need to be based on solid criminological theory and apply best practices known in the field.  Programs based on deterrence theory have shown mixed results. However, reentry programs that utilize RNR principals have been shown to improve program effectiveness.  Moving forward, if the United States is going to reduce the spending associated with incarceration, best practices need to be prioritized to ensure programs like reentry courts operate in an efficient and theoretically sound manner.

The Sentencing Project. (2017). Trends in US corrections. Retrieved from http://www.sentencingproject.org/publications/trends-in-u-s-corrections/

Vera Institute of Justice. (2012). The price of prisons. What incarceration costs taxpayers. Retrieved from https://www.vera.org/publications/price-of-prisons-what-incarceration-costs-taxpayers